I love this video! It’s really what I want my back yard to look like all summer long! Complete with boat dock, tiki bar on a sandy beach and of course a Jimmy Buffett concert in the back!

Now this awesome tiki bar is called the Square Grouper Bar at the Castaways Marina located in Florida’s West Palm Beach area. Specifically, it’s in Jupiter, Florida (20 minutes north of West Palm Beach) near the famous Jupiter Inlet Lighthouse. Some locals think of this place as a “real life Margaritaville.”

The Square Grouper is part of Castaways Marina. Alan Jackson is a part time resident on nearby Jupiter Island. Jackson sometimes visits The Square Grouper and knows its owner. Jackson asked to use the bar for his music video because of its beautiful location.

The ambiance is tropical, like Holiday Isle in the middle Florida Keys. The bar was built as a bait shack in 1970 to serve anglers using the Jupiter Inlet. It was converted to a bar in early 2003. The Square Grouper is accessible by boat or by car. It features a closet door from Alan Jackson’s Jupiter Island home. The bar’s countertops are made from materials salvaged during renovations to Perry Como’s house. Until his death Perry Como lived in nearby Jupiter Inlet Colony. Como’s former house is directly east of the Jupiter Lighthouse. It can be identified by it’s distinctive thatched roof tiki-style shelter/dock just off the Intercoastal Waterway.

Read the rest of the article with some pretty cool pics at the Square Grouper Bar at the Castaways Marina website. 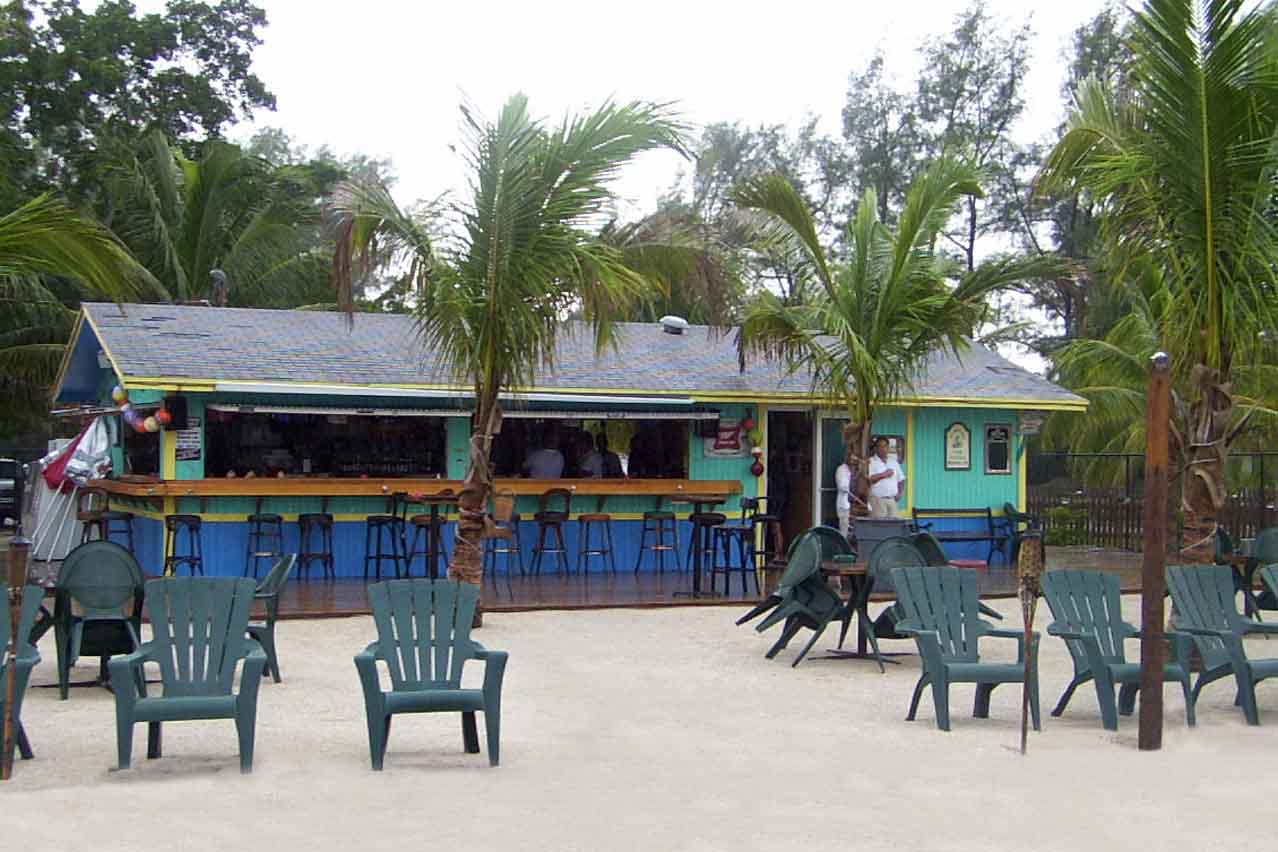 The sun is hot and that old clock is movin’ slow,
An’ so am I.
Work day passes like molasses in wintertime,
But it’s July.
I’m gettin’ paid by the hour, an’ older by the minute.
My boss just pushed me over the limit.
I’d like to call him somethin’,
I think I’ll just call it a day.

Pour me somethin’ tall an’ strong,
Make it a “Hurricane” before I go insane.
It’s only half-past twelve but I don’t care.
It’s five o’clock somewhere.

Oh, this lunch break is gonna take all afternoon,
An’ half the night.
Tomorrow mornin’, I know there’ll be hell to pay,
Hey, but that’s all right.
I ain’t had a day off now in over a year.
Our Jamaican vacation’s gonna start right here.
Hit the ‘phones for me,
You can tell ’em I just sailed away.

An’ pour me somethin’ tall an’ strong,
Make it a “Hurricane” before I go insane.
It’s only half-past twelve but I don’t care.
It’s five o’clock somewhere.

I could pay off my tab, pour myself in a cab,
An’ be back to work before two.
At a moment like this, I can’t help but wonder,
What would Jimmy Buffet do?

Funny you should ask that because I’d say:
Pour me somethin’ tall an’ strong,
Make it a “Hurricane” before I go insane.
It’s only half-past twelve but I don’t care.

Pour me somethin’ tall an’ strong,
Make it a “Hurricane” before I go insane.
It’s only half-past twelve but I don’t care.
He don’t care.
I don’t care.
It’s five o’clock somewhere.

What time zone am on? What country am I in?
It doesn’t matter, it’s five o’clock somewhere.
It’s always on five in Margaritaville, come to think of it.
Yeah, I heard that.
You been there haven’t you.
Yessir.
I seen your boat there.
I’ve been to Margaritaville a few times.
All right, that’s good.
Stumbled all the way back.
OK. Just wanna make sure you can keep it between the navigational beacons.
Between the buoys, I tell you.
All right. Well, it’s five o’clock. Let’s go somewhere.
I’m ready, crank it up.
Let’s get out of here.
I’m gone…

There is no author description yet.