Mishka – Neva Give Up 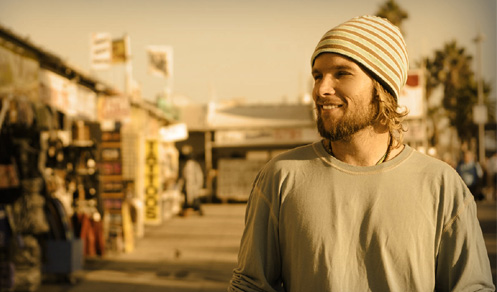 Reggae, trip-rock, folk. Whatever you call it – Mishka’s music takes me straight to the beach (of course with a stop at the margarita bar)!

Mishka’s latest release, the “Ocean Is My Potion” EP, is a journey back to his musical roots. Like Mishka himself, the album is imprinted with the sounds and emotions of the islands, with influences that range from the heavy bass of Reggae to the gulf and western stylings of Jimmy Buffett.

Mishka first met Jimmy Buffett when he was an entrepreneurial five year-old delivering fresh croissants to Jimmy’s sailboat in the French West Indies. The musician and young Mishka formed a fast bond, and Jimmy wrote and recorded a song about him called, “Chanson Pour Les Petis Enfants” which translates to, “Song For Little Children.”

“The music I heard growing up from my parents, sisters and the places we visited gave me a lot of musical and cultural flexibility.” “Everything I’ve ever heard blends together in what I do.” “I’m a huge reggae fan but there’s folk, soul, rock and other elements in the music.”

Recorded at the famed Shrimpboat Sound Studio in Key West, the album features Mishka’s take on the Jimmy Buffett classic, “Trying to Reason with Hurricane Season.” The track features both famed musician Mac McAnally and Jimmy Buffett himself.

Born in Bermuda and raised in the Caribbean, Mishka’s music is a natural fit for Mailboat Records. Caribbean at its core, with an eclectic sound that blends island beats with mellow acoustic ballads, the music is amplified by the messages of love and social justice that are delivered straight from Mishka’s heart.

Mishka has played and toured with many artists, most notably Kenny Chesney, Zac Brown, Dirty Heads, Matisyahu and the Roots.

Mishka – “Ocean Is My Potion”

Check out Keep on Lovin’ and more Mishka over on iTunes…

There is no author description yet.